The term “p-extension” refers to the process of systematically and hierarchically increasing the polynomial order of the element shape functions on a fixed mesh, thereby increasing simulation degrees of freedom (DOF) and representing more complex displacement fields for the mesh. Conversely, traditional FEA implementations require successive mesh refinements on elements of fixed polynomials, or h-extensions, to demonstrate convergence.

While both p-extensions and h-extensions are capable of converging to the exact solution of a mathematical problem solved by the finite element method, p-extensions will achieve convergence with less computational burden. Via the Wikipedia article on p-FEM:

StressCheck® is capable of automatically performing p-extensions during the linear solution process, as shown in the below Linear solver tab: 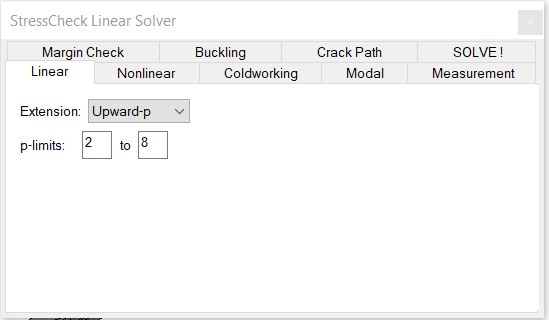 This feature makes it very easy to verify convergence of any data of interest, as all runs of increasing DOF are stored for live dynamic extractions of results: 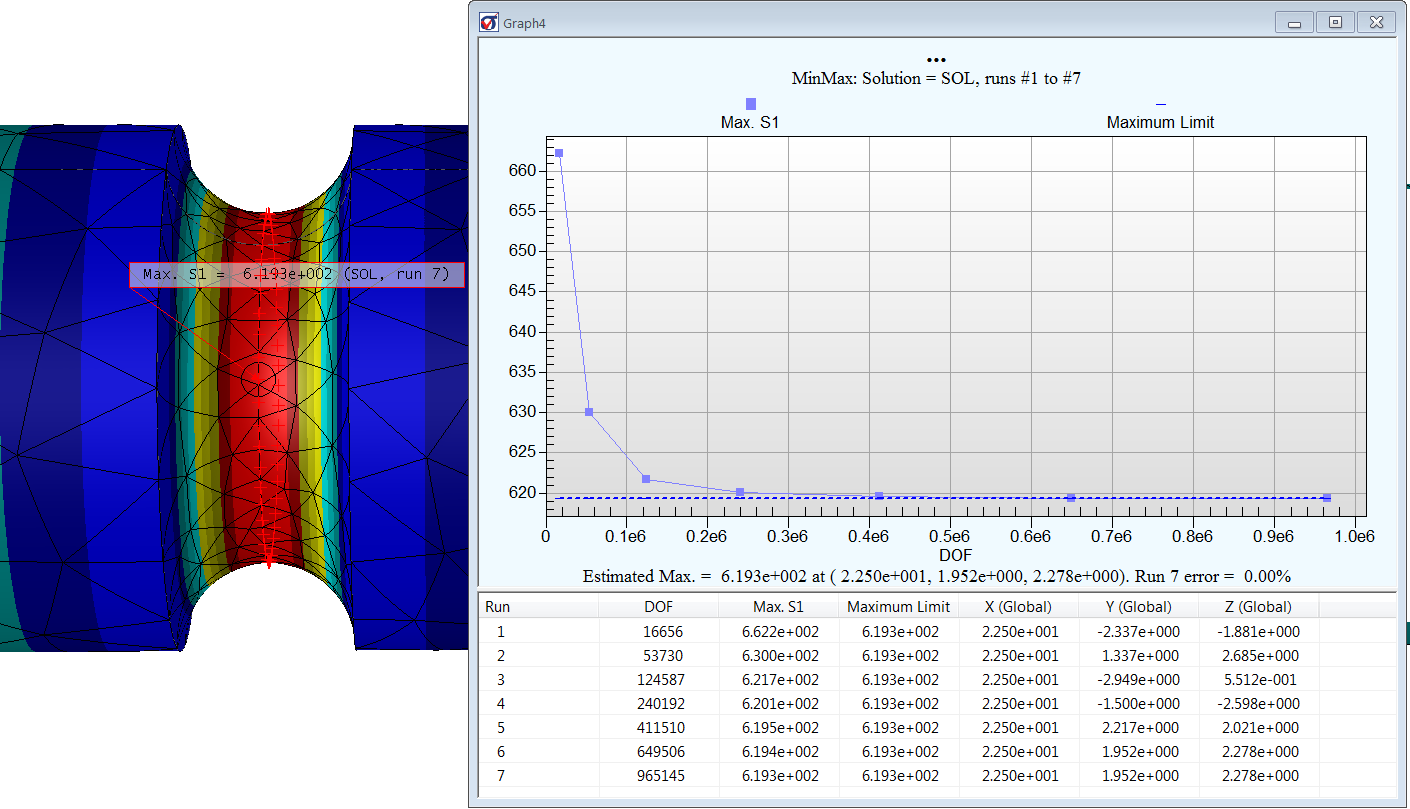 For more information and examples of p-extensions in practice: